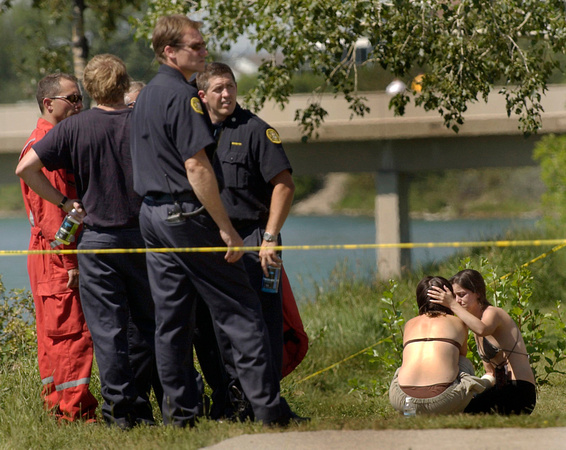 Two women console each other after one of their friends died in a drowning incident on the Bow River near Edworthy Park in Calgary. The deceased was among several rafters who were floating along the waterway on inner tubes which were tethered together. The rafters became entangled on a bridge support, and one of the rafts was forced under the water by the strong current, drowning one woman in the mishap.
KEVIN UDAHL, Calgary Sun
© Kevin Udahl Photography
Powered by ZENFOLIO User Agreement
Cancel
Continue