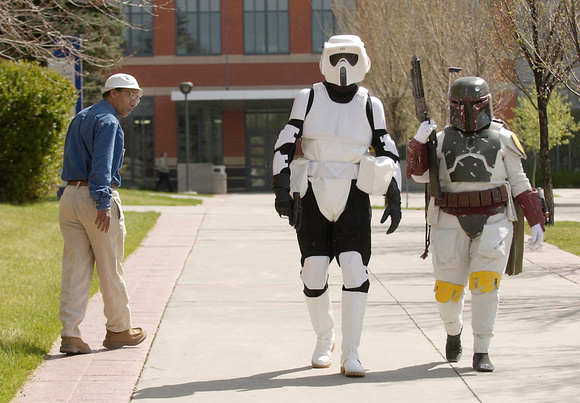 Solomon Hailyes (left) takes a second look at a couple of Star Wars characters walking on SAIT Campus in Calgary. The Star Wars characters - a Scout Trooper (left) and Boba Fett (right) - are from the Badlands Squadron of the 501st Legion, a world-wide organization/costuming group that attends a variety of charity and community events in Alberta. The Star Wars characters were on their way to make an appearance at the 15th Annual Western Canadian Robot Games at SAIT.
KEVIN UDAHL, Calgary Sun
© Kevin Udahl Photography
Powered by ZENFOLIO User Agreement
Cancel
Continue